Gather family and friends to attend the 2012 Snowbomb’s Ski & Snowboard Festival aka Ski and Board Fest.

Use our ‘ snowpal ‘ discount code to receive ONE FREE general admission; one ticket per person(1,000 tickets will be given away; when the code doesn’t work any longer, it means all the free tickets have been given out). If you appreciate these free tickets, like us on our facebook page to get connected for future promos and giveaways.

For those who’d like to enjoy unlimited wine and beer tastings, buy the VIP ticket; use our ‘ snowpal ‘ discount promo code to get 50% off VIP wine and beer tasting tickets for $20(regular $40). VIP tickets also include free two nights hotel stay at The Grand Sierra Resort and Casino in Reno, Nevada. The closest ski resort is Mt Rose which is only a 35 minutes drive away.

General admission and VIP event tickets include two free lift tickets(see below for details and restrictions).

This event is open to all ages. The ski & snowboard show will have lots of games for adults and kids where you can win lift tickets, season passes from resorts and prizes for playing; your event ticket might pay for itself if you win a lift ticket or a season pass. One price structure: admission tickets are for all ages(adults, children, seniors).

ID check for those who’d like to enjoy the libations – VIP tickets for wine and beer tastings are for 21 and older.

If you’d like a special ski show expo only discounted pricing on a Season Pass(regular, college pass, seniors, etc) to your favorite Tahoe resort, attend to get in on discounted season pass offerings.

What are the available ticketing options?

VIP Admission Tickets (Discounted $10.00 with ‘ snowpal ‘ discount code; the discount represents a 25% off regular price of $40)

VIP TICKETS DISCOUNT: Use ‘snowpal’ discount promo code to get 50% off VIP tickets

SPEND THE DAY SIPPING YOUR FAVORITE WINES, TRYING NEW LABELS ALL WHILE GEARING UP FOR THE 2012/13 WINTER SEASON.

THE WINE EXPO PORTION PRESENTS AN OPPORTUNITY TO LEARN MORE ABOUT WINE, ITS PRODUCTION AND ITS MANY COMPLEXITIES IN A FUN, RELAXED ATMOSPHERE.

REGARDLESS IF YOU PREFER A PILSNER, STOUT OR AN AMBER ALE, THE BREW EXPO COMPONENT OF THE FESTIVAL HAS YOU COVERED.

SAMPLE MICRO-BREWS FROM AROUND NORTHERN CALIFORNIA AND TALK TO BREW MASTERS ABOUT HOW DIFFERENT SEASONALS ARE CREATED.

* ONE-YEAR SUBSCRIPTION TO SKI OR TRANSWORLD SNOWBOARD MAGAZINE WITH ADMISSIONWith admission, receive a subscription to your choice of either SKI or Transworld Snowboarding Magazine ($5 value).

SKI/SNOWBOARD SALE EXPO SHOW: Hosted by Lombardi Sports we’ll have over $1 Million dollars in goods from top brands such as Burton, K2, Atomic, Rossignol and many, many more… ALL AT UP TO 80% OFF!!!

**PARKING IS LIMITED: Public transit, walking & biking is encourage as parking is limited at the venue.  Additional parking is available at Marina Green on a first come basis.

Silicon Valley originated many technologies and innovations that have changed the lifestyle of mankind in last 30 years. And it continues everyday with new start-ups with vision for ‘Tomorrow’s World’. Silicon Valley truly is the birth place of Digital Film Making and Digital Media including the big 4 A’s (Adobe, Apple, Avid, Auto Desk). In the heart of Silicon Valley, the Hi-Tech community is celebrating the Spirit of Silicon Valley: Technology, Innovations and Entrepreneurship in the most powerful visual media – Digital Film-making at Silicon Valley Film Festival by screening films from emerging and independent filmmakers around the world.

Mark your calendar and purchase discounted tickets to attend(see below); the film fest spans four days, from Wednesday, October 31, 2012 (starts at 6:00 PM) until Sunday, November 4, 2012(concludes with the 7:00 PM (PDT) showing).

Films will show for four days at two locations:

Tremendous appreciation and thanks goes out to the movie and film makers who submitted their original artistic work to the third annual Silicon Valley Film Festival.

The SVFF judges hand picked the best films to showcase during the four days of the festival.

Join Silicon Valley’s Innovative Community to watch life changing, motivating movies that have had or is currently shaping our lives.

Outstanding Entrepreneurial Films in the Spotlight:

+ Crocodile in the Yangtze (The amazing story of Jack Ma building Alibaba.com vs Ebay – A must see for every tech entrepreneur to re-energize their spirit and belief, this is not another ‘Social Network’.

+ Uprising (The Facebook revolution that changed a whole Country of Egypt – A must see what Social Network is really worth and see how it impacts our lives).

+ Traveling Salesman ( An algorithm that could solve itself; does one exists?). Travelling Salesman is an intellectual thriller about four mathematicians hired by the U.S. government to solve the most elusive and powerful problem in computer science history — P VS. NP. The four have jointly created a “system” which could be the next major advancement for our civilization or destroy the fabric of humanity.

And about 35 other outstanding films. Find film schedule, showtimes and movie trailer highlights at www.svfilmfestival.org

Ticketing is also available at Eventbrite.com

The San Francicso Bay Area and Silicon Valley is at the heart of new technologies and innovations that benefit society and improve our lives.

Designer’s experience: “In our day jobs, we design components and systems and manage suppliers to deliver them. Our “portfolio” includes work on the Airbus A350XWB airliner, the F-35C Joint Strike Fighter, James Webb Space Telescope and others.”

What is this project about?

Click on the ‘play’ button to watch the prototype case in use:

HELP THIS PROJECT REACH GOAL WITH A PLEDGE

App Start Wristband – With this wristband and our free app you can start and stop recording on your iPhone without touching the screen.

Estimated delivery: Dec 2012
Add $5 to ship outside the US 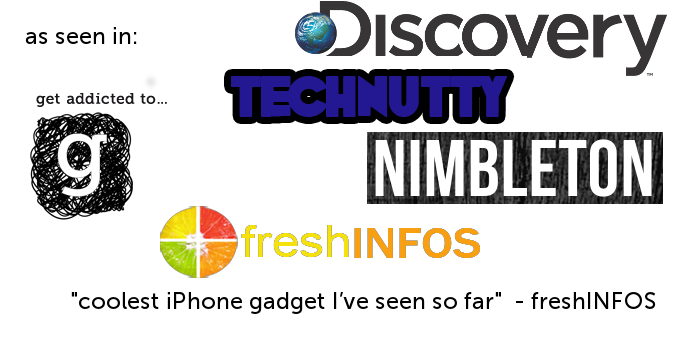 Capture Everything, Anywhere, with your iPhone

We met in LA while working as engineers designing aircraft and satellites. We started this product about a year ago coming back from a trip to the lake after realizing that we all cautiously stowed our iPhones in ziploc bags. We wanted to use our iPhones to record outdoor video, but found that nothing existed to address our need. We siezed the opportunity to design something our friends would be excited to use.

Paul: Paul is a surfer, skier and mountain biker who spent college winters in Tahoe and now builds telescopes. Paul is responsible for the optics and web development.

Tim: Tim is a snowboarder and volleyball player who has been controlling vibration on aircraft and spacecraft for the last 6 years. Tim is responsible for app development.

Zoltan: Zoltan is a mountain biker and snowboarder who was making flight control systems for 6 years before going to USC to get his MBA. In his spare time, he volunteers with FIRST (high school robotics) team 1197. Zoltan is responsible for mechanical design.

Alex: Alex is a surfer, snowboarder and volleyball player who worked as a materials engineer in semiconductor manufacturing before going back to school at UCLA. He is one of the founders and now serves as an advisor to the team.

Where we are now and how we will close with the Kickstarter pre-sales:

We’ve designed, prototyped, and then redesigned the case and mount over and over. We’ve performed a lot of analysis to ensure it works well and can stand up to abuse. We’ve been using the product and improved on all the things you only discover after testing something in the real world.

We met with our manufacturing partners and inspected their factories. We collaborated with them on the design to ensure that it is producible and affordable. We developed the app, designed and manufactured samples of our custom lenses, and completed our 3D printed mounts. The time has come to build injection molding tooling for manufacturing the production run of the case.

This is where you come in: The Kickstarter funds are dedicated entirely to tooling and material for the production run. We specified the highest grade of tooling for the best surface finish and part consistency. We’ve taken the project this far, now it is up to you to help us bring this project from prototype to production.

So if you are ready to start getting great video from some creative angles, lock in your pre-order now. You know Kickstarter is all or nothing so tell your friends about iconic.am and share it on Facebook, every contribution level helps.

Thanks for all the support!

LEARN ABOUT ACCOUNTABILITY ON KICKSTARTER

-Optics Accuracy: We have a preferred vendor that we chose based on their technical capabilities rather than price. We bought and tested lenses to our final specification from them.

-Injection Molding Tooling Producibility: Our vendor has provided quotes based on final CAD models, but there will almost certainly be details that need to be worked out. We plan to mitigate risk by being co-located with our vendor during the detail design phase of the tooling and initial production.

-Case Waterproofness: We performed all of our testing with rapid prototyped parts. They are not as waterproof (because they’re porous) as the final injection molded parts will be. We dunked our iPhones with these prototypes plenty of times, but our waterproofness rating tests need to be performed on production parts. This presents a schedule risk that we will mitigate by testing design elements in mock-ups. For example: a tube machined to look like the optics portion of the housing assembled with real optics, o-ring, and retainer to test that seal. We are working with a vendor that produces IP rated sealed electronics and incorporated their recommendations into the design of the iconic.am case.

Our Risk Mitigation Qualifications:
In our day jobs, we design components and systems and manage suppliers to deliver them. Our “portfolio” includes work on the Airbus A350XWB airliner, the F-35C Joint Strike Fighter, James Webb Space Telescope and others.